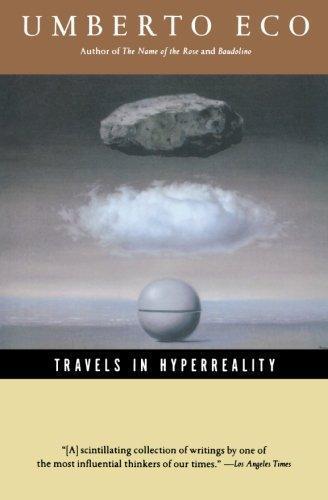 Il costume di casa (Faith in Fakes) was originally an essay written by the Italian semiotician Umberto Eco, about "America's obsession with simulacra and counterfeit reality." It was later incorporated as the centrepiece of the anthology bearing the same name, a collection of articles and essays about Italian ideologies. The anthology contains a selection of essays taken from two Italian books by Eco: Il costume di casa (first published in 1973) and Sette anni di desiderio (1983). It was translated into English in 1986 as Faith in Fakes and later updated as Travels in Hyperreality in 1995.